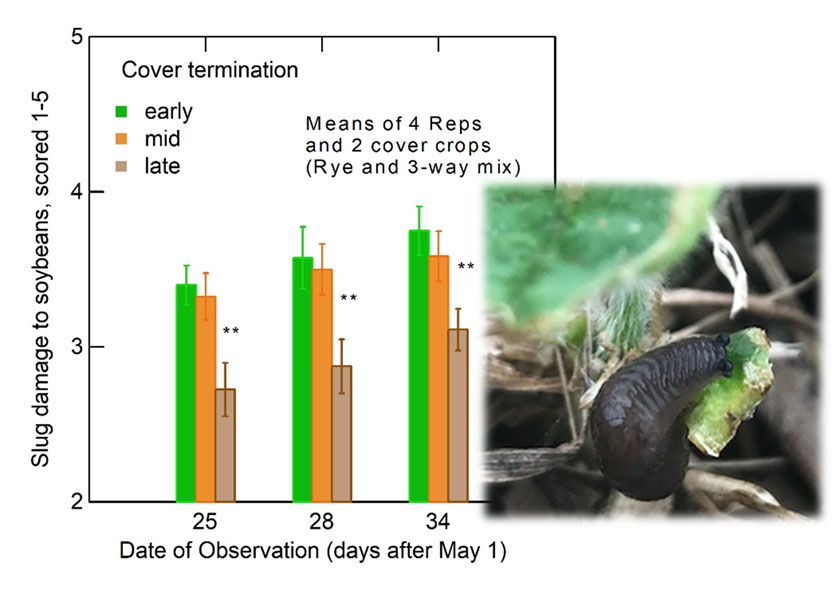 During the early spring, while collecting runoff and leaching water samples, Ray Weil noticed that one of their team's field sites in Maryland that is fine-textured and has poor drainage had a large slug infestation. Since slugs like to hide out under undisturbed crop residue, they are a major concern for farmers wishing to adopt conservation practices. Farmers have few effective controls to limit slug damage to young seedlings which can be so severe that the crop needs to be re-planted. Therefore, Ray Weil and Qianyao Si decided to take advantage of the slug infestation to study how cover crop management might affect slug activity. They, and a team of undergraduate students, studied the slug infestation for several weeks just before and after soybean and corn planting by counting the slugs under roofing shingles placed in plots as slug refuges and by rating the crop seedlings for damage. They collected data on soil moisture and temperature as well, since cool, wet condition might favor slug activity but hamper crop emergence and seedling growth.

Their preliminary slug study findings include:

For more information on the slug study, view the presentation here.